We are a permaculture adventure in growing nutrient dense
food sustainably, on a historic homestead farm.
Check below the Ranch's History timeline.

George Blum and Magdalena Greutman were born in Beggingen, Switzerland. In 1880, George came to the United States, later returning to Switzerland with stories and tales of the new land.

In March of 1887, he acted as a guide for a group of people traveling to America. Magdalenda was one of that group, intent on visiting her brother in Chicago and returning to Switzerland. Instead,she married George on February 6, 1889, in Chicago, traveled west by train, settling in Los Angeles.

George was a stonecutter and worked on the original Los Angeles County Courthouse, other buildings and churches in Santa Barbara. George was getting disenchanted with the stonecutting trade, as the unions were becoming involved. He set out by train looking for a place to keep bees, farm, and to raise his family.

He got off in Acton, where the saloon keeper loaned him a shotgun to hunt rabbits. He also shot some ducks on a little lake in Acton. He followed the stream into Aliso Canyon where the water was flowing in the summer. This is where he decided to file homestead papers in 1891 on 160 acres, later turning back 120 acres, with 40 acres left to build a home and farm.

These first years were very hard for the family. Cutting stones for a house (2 rooms with dirt floors), clearing brush, hauling rocks off the land, hand digging wells, raising feed for cows and horses, raising chickens, hogs, fruit trees, vegetables, and grapes for wine. George commuted mostly by train to Los Angeles to earn enough money until the farming could support the family. Water rights were obtained in Aliso and Gleason Canyons. Underground dams were built to bring water to the surface, then piped to the ranch in 6" and 8" cement pipes that they made. The first orchards of 1,200 pear and apple trees were planted in 1910 and 1911. 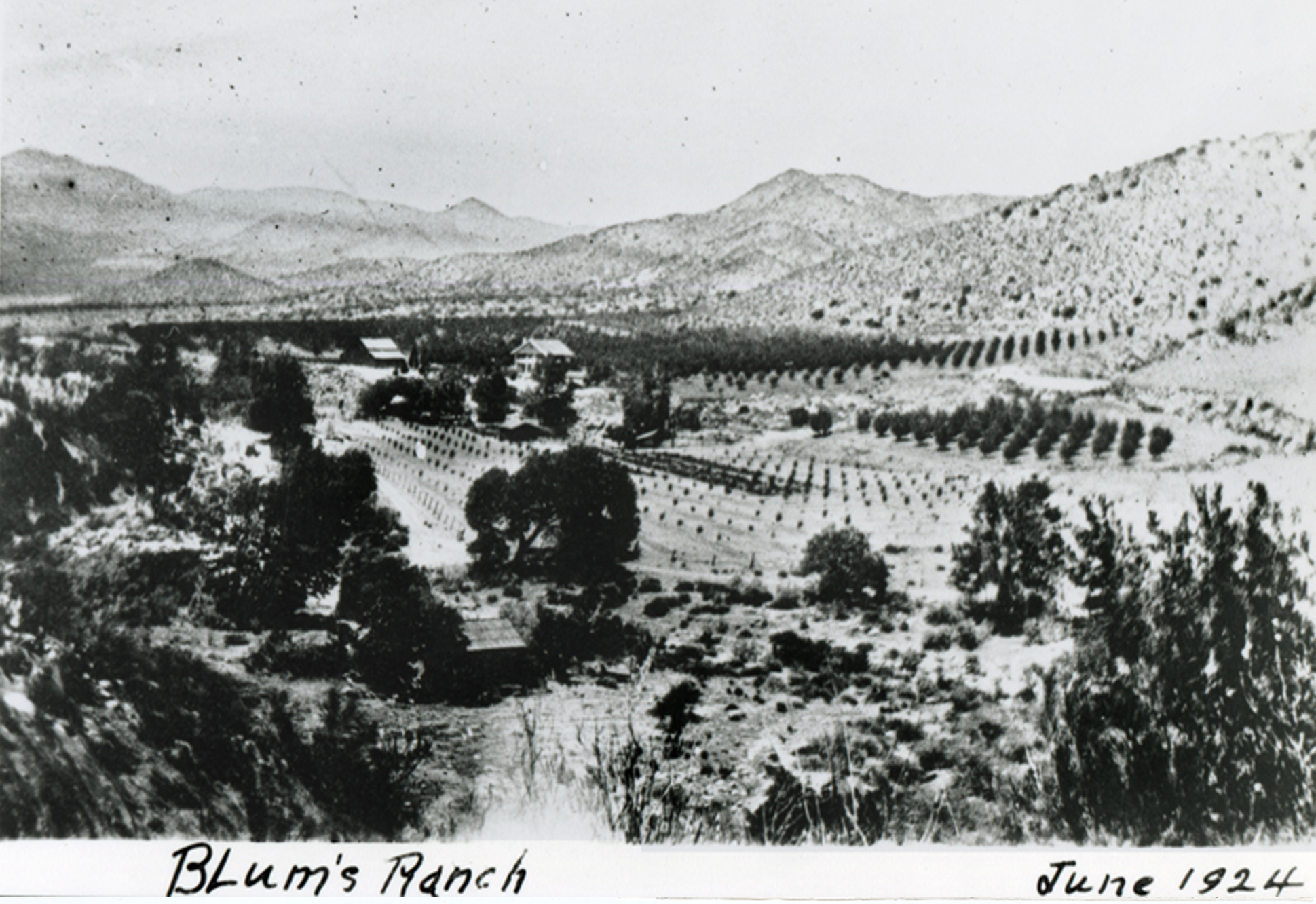 Nine hives of bees in 1893 started the production of comb honey. By 1915 they had up to 500 hives. A good comb honey crop in 1915 resulted in enough money to finish the large rock house they had started in 1912. In 1916 the family moved in and had a large party to celebrate.

In the early 1900s, George J. homesteaded 150 acres adjoining the original property, and Bill homesteaded property south in the canyon. They stayed on the ranch planting more pears, apples, and later lilacs, while continuing with the bees and honey.

In 1931, Rubey Kingsbury came to Acton with her brother to go deer hunting. She bagged a dear, marrying George [J.] in September 1932. They had 2 children, George Jr. and Elizabeth.

Elizabeth married her high school sweetheart, Ray Billet in 1953. They were blessed with 3 children: Richard, Terry, and Donald. Since late 1953, they have continued working the ranch with about 60 acres planted: 1,000 pear trees, 5,500 peaches with 3,000 of those Blum's Beauty that Ray developed, and 3 acres of lilacs. That was their family tradition that started in 1891, over 100 years ago. 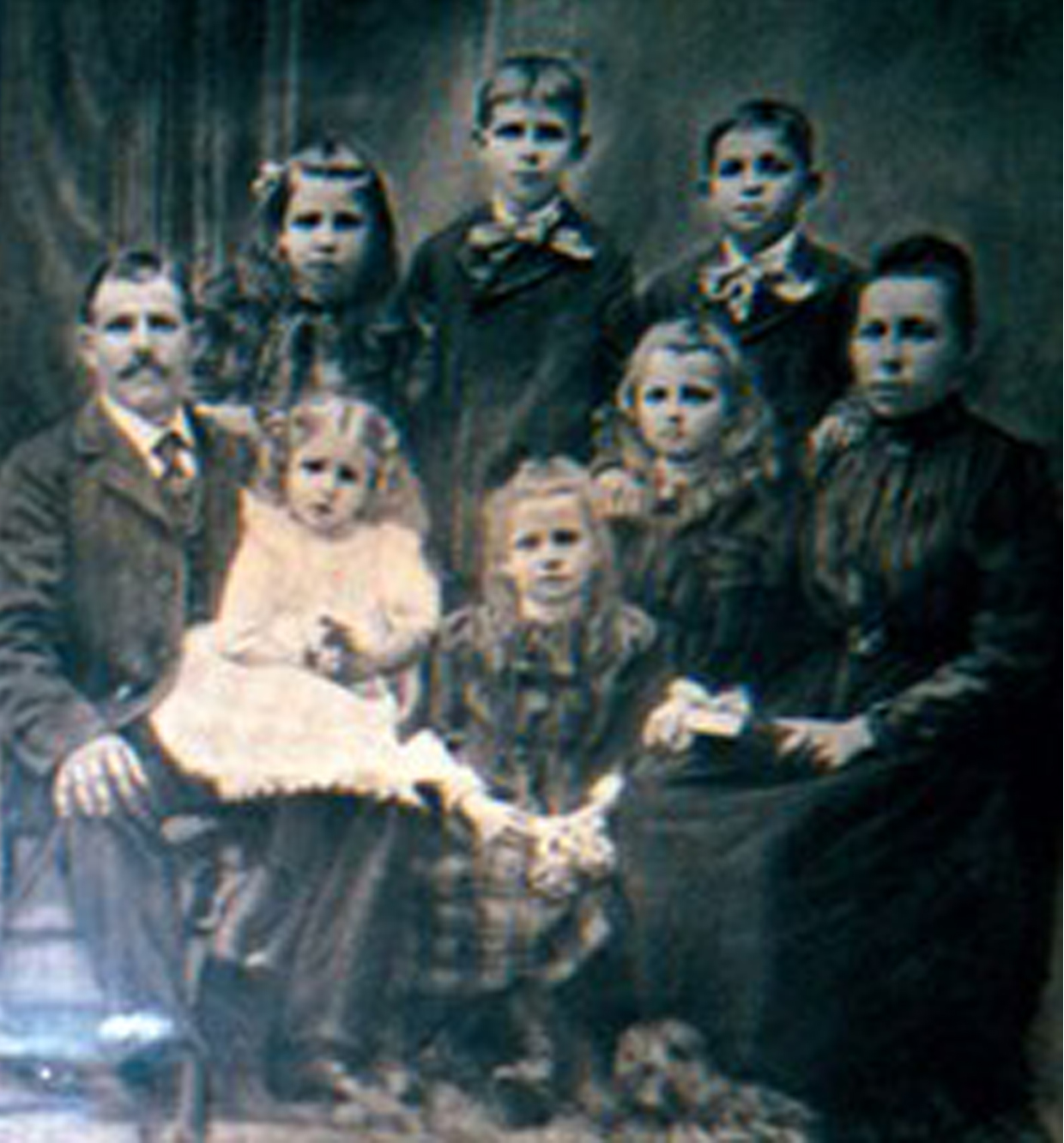 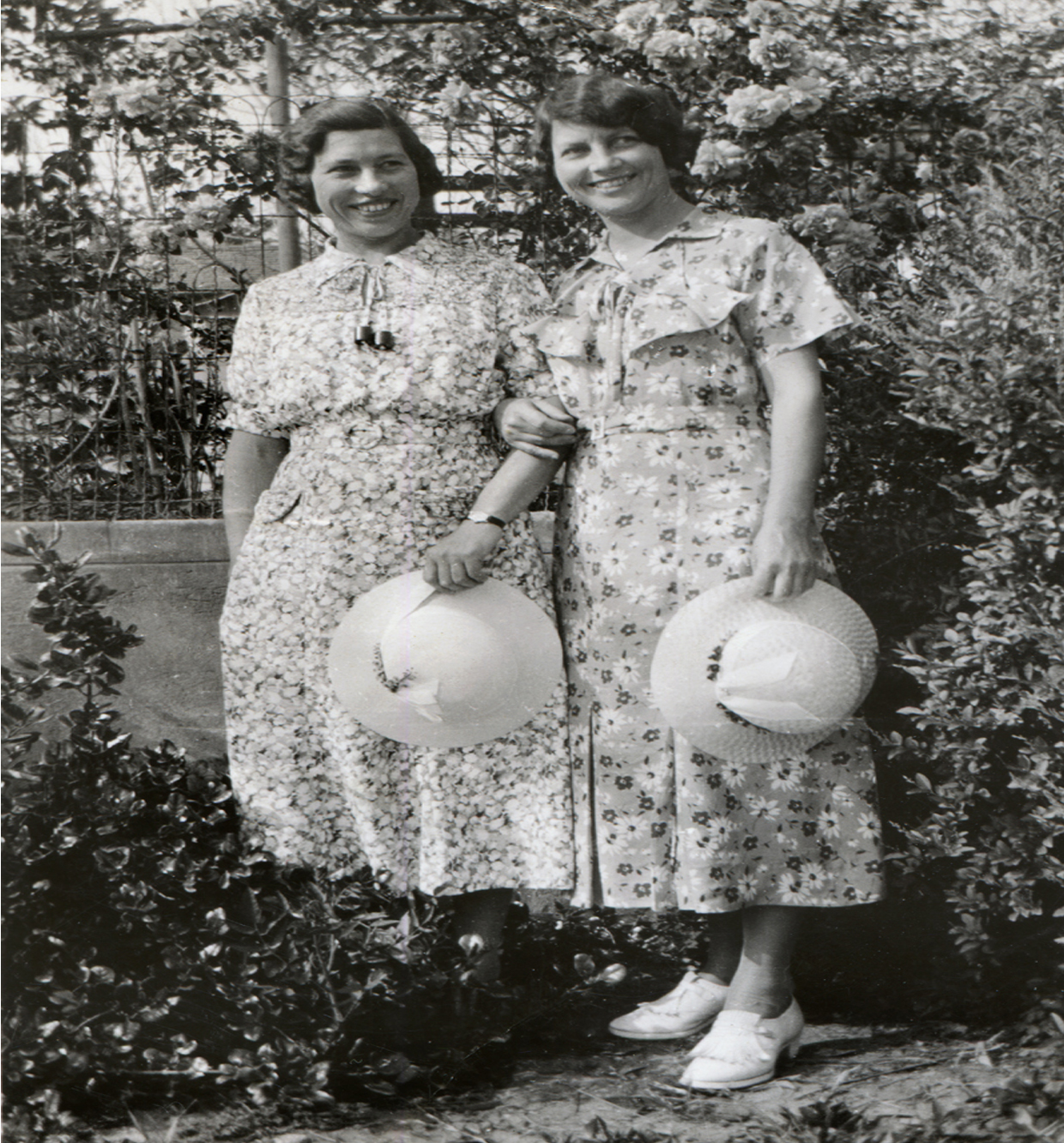 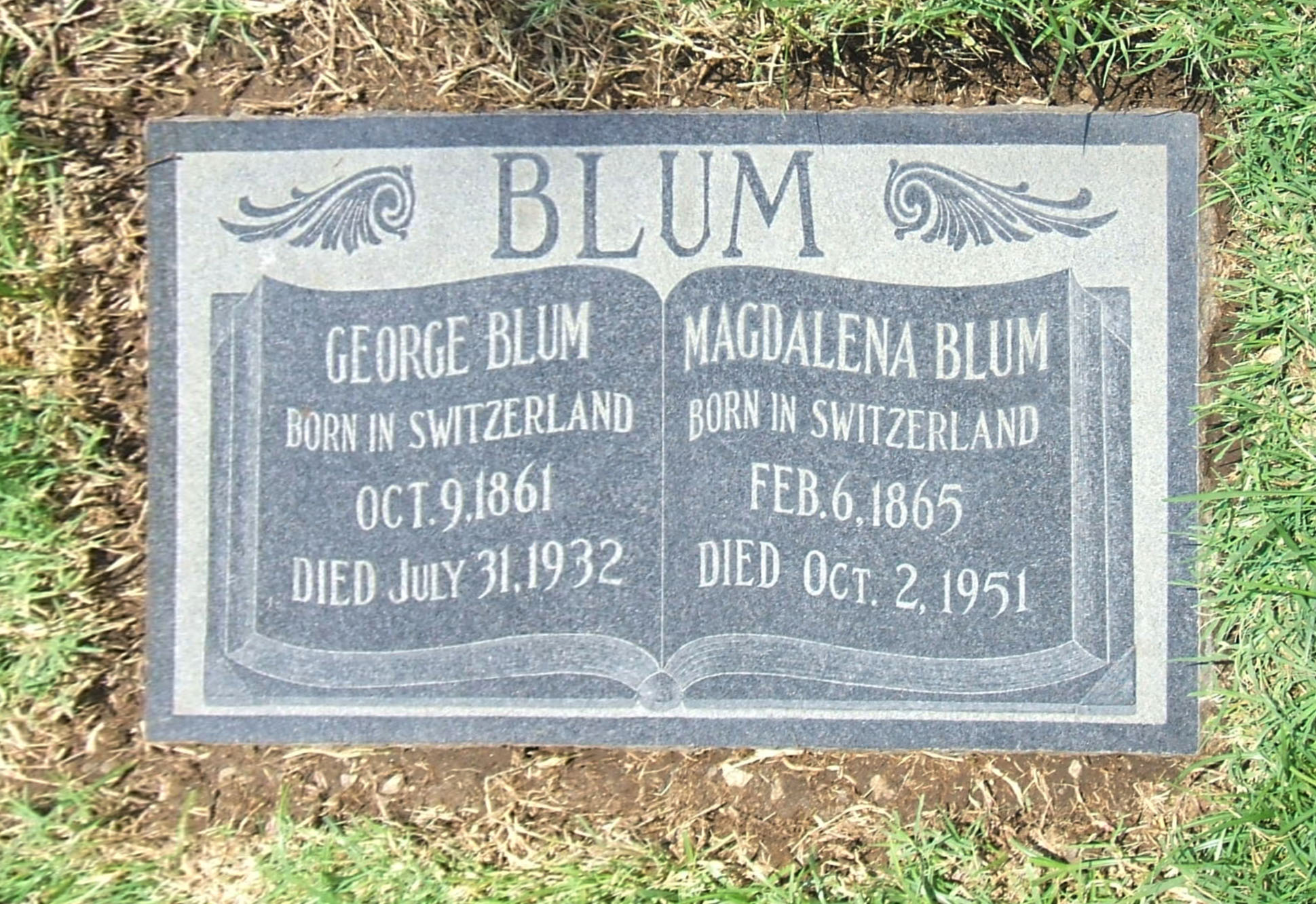 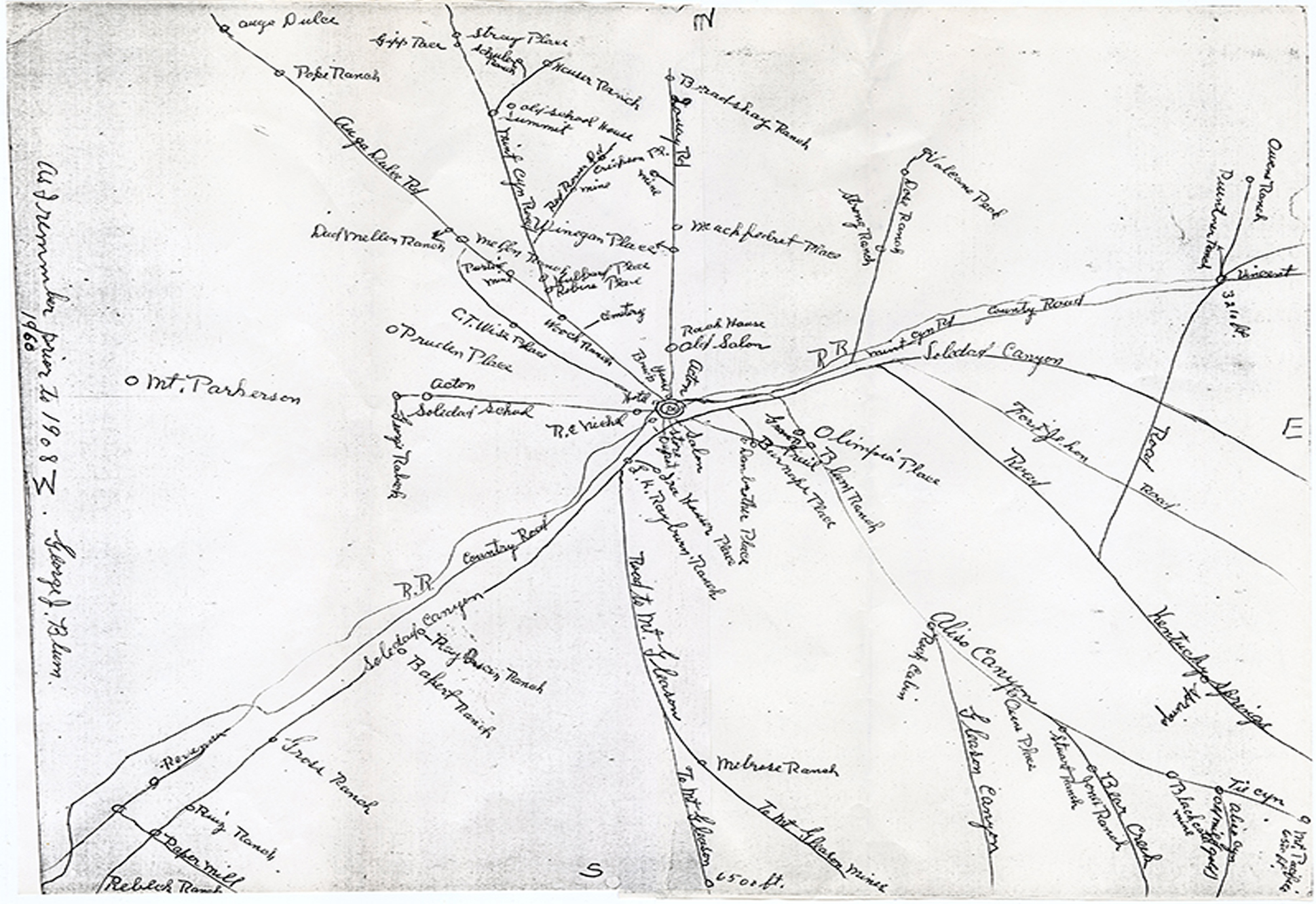 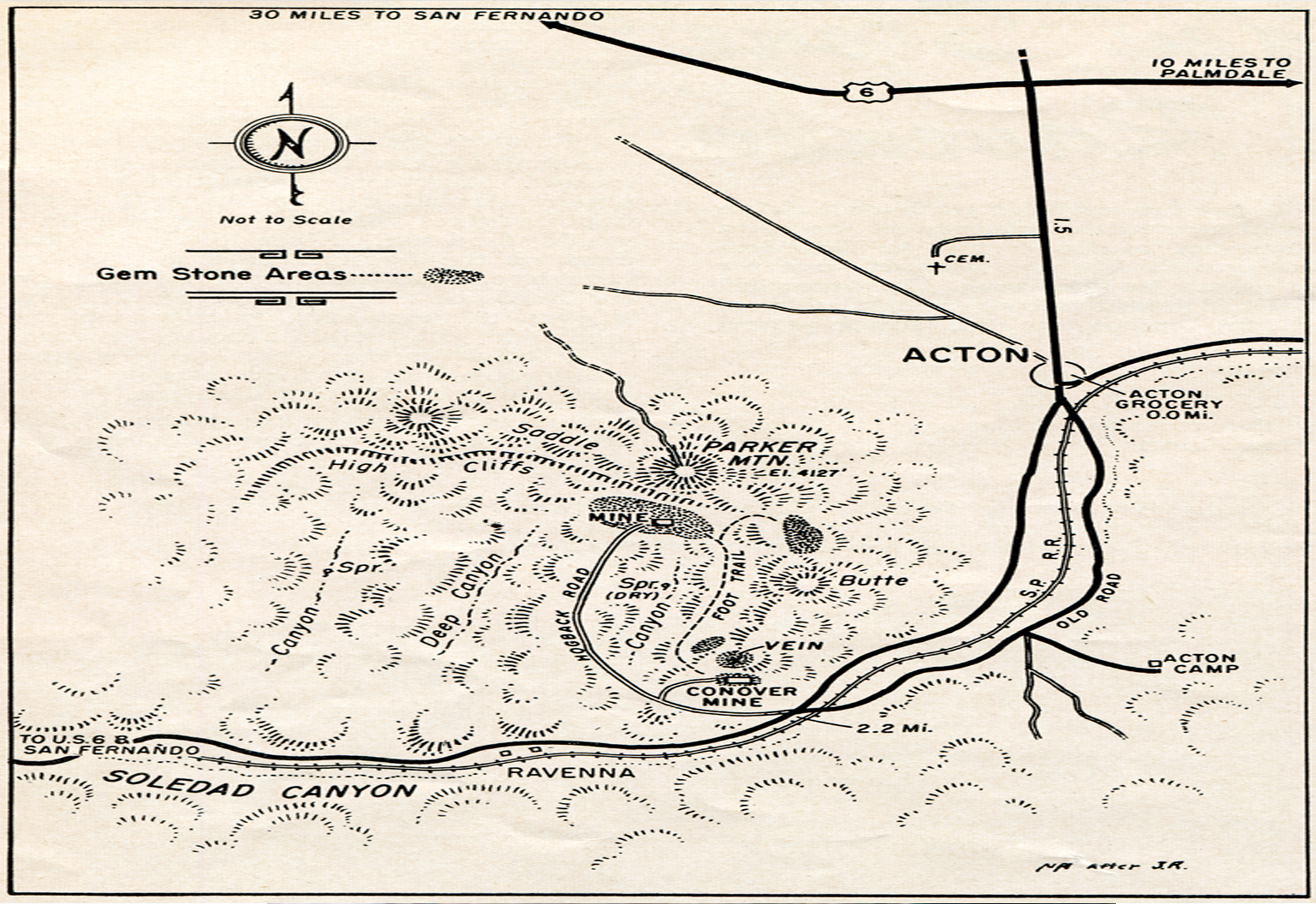 Chris, Barbara and Cate, “The Ziegler Family” strongly believe in the importance of healthy food; and that it seems like factory farming has made finding tasty, nutritious food more challenging and expensive. So after visiting Blum Ranch for the first time, they realized the peaches were truly unique, and that made them decide they would do their best to figure out a way to buy the farm and endeavor to continue the wonderful legacy that the Blum family started in the 1890’s and along the way satisfy their desire to grow healthy food.
The name "Bloom Ranch of Acton" was chosen to respect the legacy of the Blum family while symbolizing a new chapter for the ranch. “Blum”, the family name, is pronounced “bloom” and symbolize-- the state of having buds open; a glowing, healthy condition; to flourish or thrive; to achieve a state of healthful beauty and vigor; to change, grow, or develop fully -- and all that captures the essence of the ranch.

Bloom Ranch of Acton is a piece of California history. There are several unique and original buildings on the property, including the original homestead house, built by the Blum family in the 1890’s. The main farmhouse, whose construction began in 1912 and was completed in 1916, has already been repainted and is being preserved. As the preservation and rehabilitation work on the ranch continues, these and other buildings will be available for touring by the guests and (eventually) for overnight stays.

And the Adventure continues...